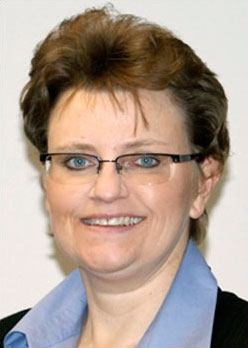 Ms. Pryde joined the staff of CUPHD in June of 1995 as a Program Consultant in the Division of Social Services and as the Project Director for the IL Region 6 HIV Prevention Implementation Group. In 2001 she was hired as the Director of the Division of HIV/STD/TB Prevention and Management at CUPHD. In 2005 the Division expanded to include communicable diseases and adult immunizations. She was Director of the newly formed Division of Infectious Disease Prevention and Management. In May of 2007 Ms. Pryde was appointed Acting Public Health Administrator by the CUPHD Board of Health. In November of 2008 Ms. Pryde was appointed as the first female Public Health Administrator in CUPHD's history. CUPHD was created in 1937.

Ms. Pryde is an accomplished grant writer, researcher, and speaker. She is published in professional journals including Journal of Public Health Management and Practice, Journal of Infectious Disease, The Journal of Adolescence, Proceedings of the International Meeting on Emerging Diseases and Surveillance 2011, Life: the Excitement of Biology, Centers for Disease Control and Prevention's Morbidity and Mortality Weekly Report, Journal of Gay & Lesbian Social Services, and Child and Adolescent Social Work. In addition to presenting at numerous Illinois conferences, she has presented at such national conferences as the American Public Health Association, National Association of City and County Health Officials, NetSmart's Connections, International Mobile Health Conference, the US Conference on AIDS, and the National Harm Reduction Conference. She has also been a consultant and speaker with the Illinois Department of Public Health. Ms. Pryde has won awards from the IL Department of Public Health, The University of Illinois School of Social Work, The Greater Community AIDS Project, IL Public Health Association, and the IL Association of Agencies and Community Organizations for Migrant Advocacy.